To begin intracytoplasmic sperm injection, your partner will be asked to provide us with a semen sample around the time of the egg retrieval.

Sperm can be frozen prior to the egg retrieval if the male partner may not be available on the day of the egg retrieval or if there has been difficulty in the past with the production of the sperm sample. Donor sperm can also be used. The semen is then washed and prepared to inseminate the eggs 3-4 hours later.

There are two methods to the insemination of the eggs: 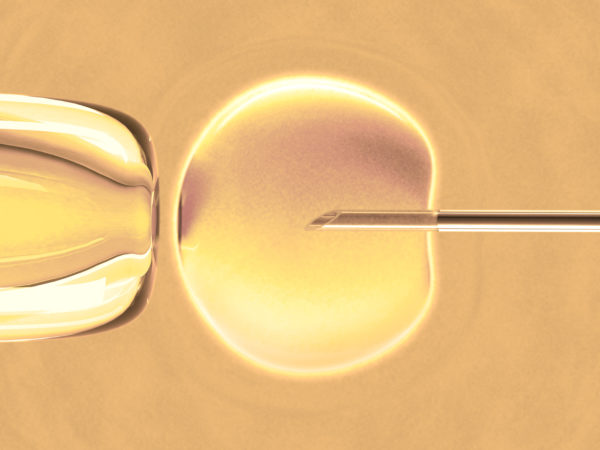 Standard Insemination: This is traditionally performed in cases where the semen parameters are adequate. After the sperm sample has been processed, the sperm and eggs are placed in a dish with a special culture media and then placed in the incubator of the laboratory overnight to allow for fertilization. The next morning the eggs are examined to determine whether fertilization has taken place.

Intracytoplasmic Sperm Injection (ICSI): In this procedure the sperm is isolated and inserted directly into a mature egg to increase the likelihood of fertilization. Prior to this procedure being performed, the eggs are treated in a solution containing hyaluronidase (an enzyme which removes the cumulus cells surrounding the egg). The egg is held in place by an egg-holding pipette while the needle (micro pipette) is introduced through the zona pellucida, or shell, of the egg in order to inject a single sperm directly into the egg. Following incubation overnight, the eggs are examined to assess whether fertilization has taken place.

Some of the patients who would benefit from ICSI include:

On average, approximately 75% of eggs will fertilize following either standard insemination or the ICSI procedure.