Due to the most recent guidelines from American Society for Reproductive Medicine (ASRM) we have welcomed back our continued successful treatments and will continue to support our patients. Our center is open M-F 8:30am-4:30pm.

We continue implementation of the latest in protocols and procedures from the CDC. We appreciate your patience with your appointments as we follow these guidelines. We want to reassure you that all standards and precautions are being met for your safety and those of your growing family.

• We have special air filtration systems in our clinic and our staff continues to follow our high standards of disinfection.

• We continue our tele-health services for as many appointments as possible with your personal physician so as to minimize you having to travel unnecessarily.

• For all in person appointments we have lengthened the times so as to not have patients lingering or crossing paths.

• As much as we understand the need for support, partners (unless otherwise instructed), family members, and friends will not be permitted to attend appointments with you at this time.

• We will not have a waiting room and ask that you wait in your car and call us when you arrive to see if you can proceed with entering the building.

• As you enter our building, you will be required to provide and wear your own mask.

• At the entrance of our clinic your temperature will be checked, if you are cleared, your hands or gloves will be sprayed with alcohol to rub your hands together for 20 seconds until evaporated.

As we closely monitor this ever-evolving situation, new recommendations and protocols will be implemented and followed. Nevertheless, be assured we are grateful for our patients and continuing to provide you with care you deserve.

From our family to yours we look forward to growing your family two feet at a time!

The FISD Team
Schedule an Appointment

Your partner will be asked to provide us with a semen sample around the time of the egg retrieval. 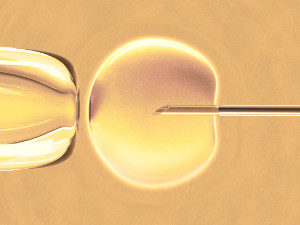 Sperm can be frozen prior to the egg retrieval if the male partner may not be available on the day of the egg retrieval or if there has been difficulty in the past with the production of the sperm sample. Donor sperm can also be used. The semen is then washed and prepared to inseminate the eggs 3-4 hours later.

There are two methods to the insemination of the eggs:

Standard Insemination: This is traditionally performed in cases where the semen parameters are adequate. After the sperm sample has been processed, the sperm and eggs are placed in a dish with a special culture media and then placed in the incubator of the laboratory overnight to allow for fertilization. The next morning the eggs are examined to determine whether fertilization has taken place.

Intracytoplasmic Sperm Injection (ICSI): In this procedure the sperm is isolated and inserted directly into a mature egg to increase the likelihood of fertilization. Prior to this procedure being performed, the eggs are treated in a solution containing hyaluronidase (an enzyme which removes the cumulus cells surrounding the egg). The egg is held in place by an egg-holding pipette while the needle (micro pipette) is introduced through the zona pellucida, or shell, of the egg in order to inject a single sperm directly into the egg. Following incubation overnight, the eggs are examined to assess whether fertilization has taken place.

Some of the patients who would benefit from ICSI include:

We are so lucky to have met you and we will be forever grateful for your help!